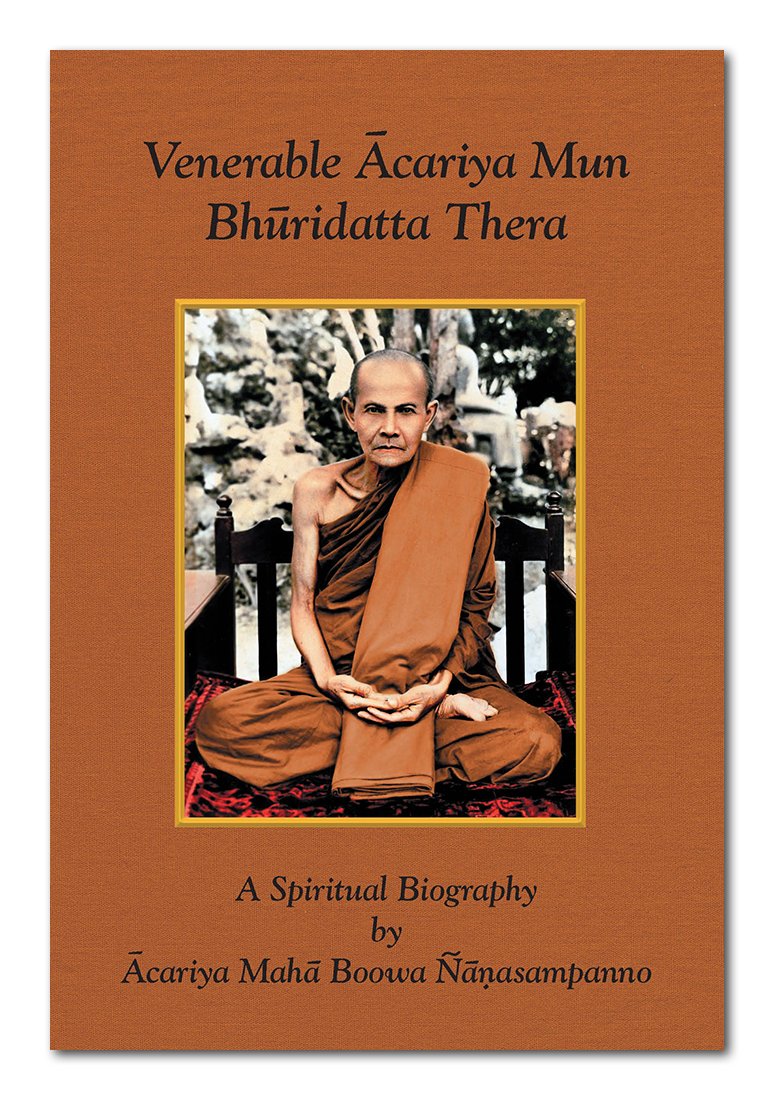 Author: Ajaan Mahā Boowa Ñānasampanno
Translator: Ajaan Dick Sīlaratano
Ajaan Mun is a towering figure in contemporary Thai Buddhism. He was widely revered during his lifetime for the extraordinary courage and determination he displayed in practicing the ascetic way of life and for his uncompromising strictness in teaching his many disciples. The epitome of a wandering monk intent on renunciation and solitude, he assumed an exalted status in Buddhist circles, his life and teachings becoming synonymous with the Buddha’s noble quest for self-transcendence.