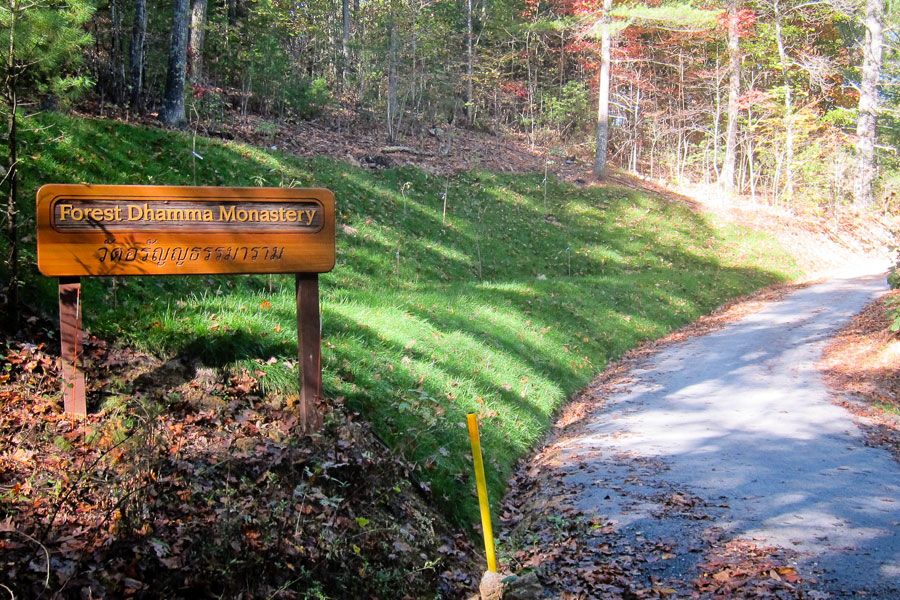 Forest Dhamma Monastery is the first monastery in the United States to be established by a direct disciple of Ajaan Mahā Boowa, a respected Theravāda Buddhist master of the Thai Forest Tradition. The origins of the monastery can be traced to annual visits to his ageing parents in the late 1990s and early 2000s by Ajaan Dick Sīlaratano, Ajaan Mahā Boowa’s senior American disciple. During those years, Ajaan Dick attracted a devoted following of students and supporters.

While spending several months each year in Virginia visiting with his family, Ajaan Dick quietly gauged the interest and support for the idea for a forest monastery in his home state. It wasn’t until 2010, however, after the passing of both of his parents and with the encouragement and support of students and family, that circumstances came together enabling specific plans to be made, thus convincing Ajaan Dick to become actively involved in exploring the prospects for a monastery in Virginia. 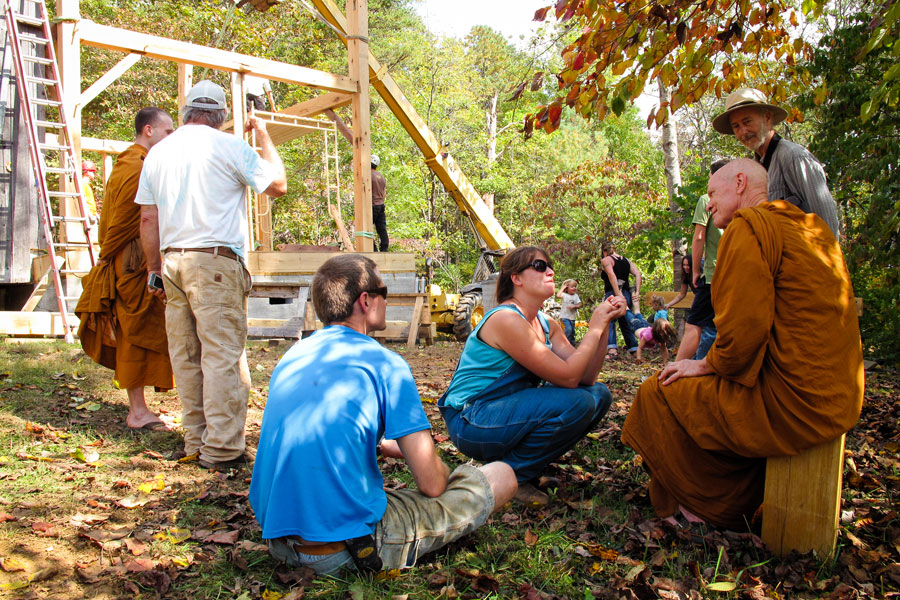 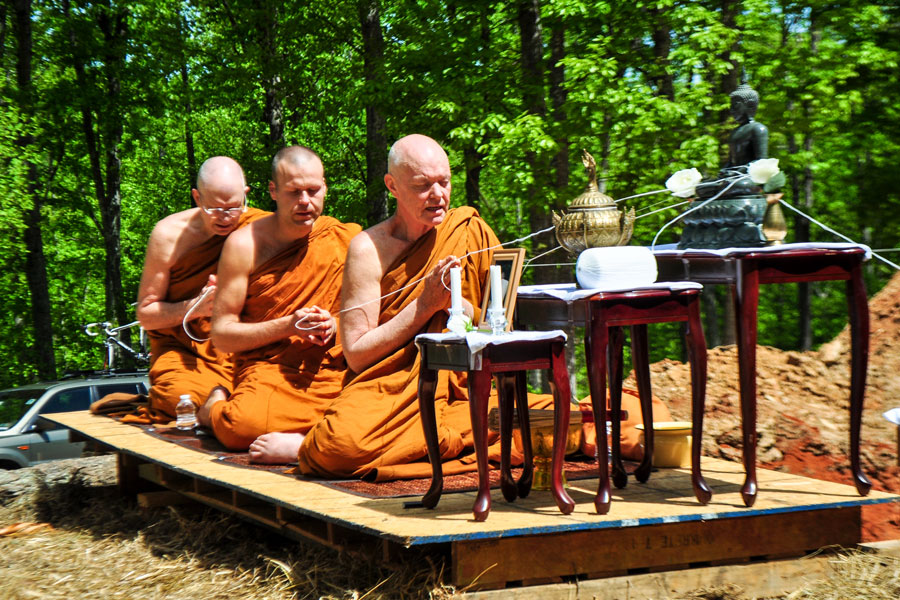 In February 2010, the support group in Virginia formed Forest Dhamma Monastery Organization with the mission of creating a branch monastery in the lineage of Ajaan Mahā Boowa, for which Ajaan Dick would become the central teacher. This tax-exempt non-profit organization was set up to manage the financial aspects of the project and to act as the steward organization for the future monastic community. Presently, the Organization receives donations and handles the financial affairs of the monastery on behalf of those wishing to support the monks, working closely with Ajaan Dick and the monastic community to provide for the Sangha’s material needs.

With the addition of the non-profit organization, conditions were now in place for a land search to begin. In the spring of 2010, Ajaan Dick returned from Thailand to direct the efforts. As an initial step, the Directors of Forest Dhamma, together with Ajaan Dick, conducted an exhaustive search for forested land suitable to their purposes. Eventually they narrowed their search to the Virginia county of Rockbridge, where they were introduced to a large, wooded property by the monastery’s future neighbors, who subsequently worked with the monks and Forest Dhamma to make it possible for that property to become the site for the new monastery. The following year the Organization signed a Contract of Purchase for 217 acres of wooded land at the foothills of the Allegheny Mountains. On November 29, 2011, with the help of many generous donations, the Organization was able to close the purchase on the property, thus initiating the existence of Forest Dhamma Monastery.

Prior to Forest Dhamma’s purchase of the monastery property, a special land use permit was obtained from the Rockbridge County Board of Supervisors, along with approval to build as many as 20 permanent dwellings on the property. With the completion of the land purchase on November 30, 2011, the permitting process for individual buildings began. Forest Dhamma quickly prepared submissions to obtain the needed building permits from the Rockbridge County building inspector. The construction phase began as soon as those permits were granted.

The overall monastery building plan was designed to make the best use of the forest environment for the specific and unique purposes of Forest Dhamma Monastery, while simultaneously conserving the environment by making as little negative impact as possible. Although numerous dwellings have been built, these structures are for the most part small and are constructed to blend in with the surrounding forest. We consider the land to be an integral part of our monastic experience and have strived to preserve it to the best of our ability.

Construction was carried out in phases, beginning with a core group of essential buildings designed to house the initial sangha members. The development process was divided into two stages, starting from the submission of the building permit applications to the completion of the construction. Having successfully completed the first stage in early 2013, the second stage began soon afterward and ended with completion of all major buildings in August 2016 (see Gallery section for monastery development photos).

Mostly, the work of building Forest Dhamma Monastery was accomplished by a dedicated group of volunteers sacrificing their time and energy to create an exemplary sangha community. At the heart of our team were the monastics, who were essentially building an outer home as a place to practice the Buddha’s path to liberation for the purpose of building a peaceful and secure inner home within their hearts. Another important component of our team was a steady group of lay volunteers, some of whom have subsequently become members of our sangha. They all viewed building a Buddhist monastery as a special opportunity to engage in something unique and immensely satisfying. A group of people came together willing to sacrifice a part of themselves and a part of their lives to accomplish something that has the potential to benefit not only them, but many other living beings as well.

Completion of the new monastery has inaugurated a new era in the spread of the teachings of the Thai Forest Tradition. Now situated in the wooded countryside of Virginia, Forest Dhamma Monastery has opened its heart to those practitioners who wish to participate in intensive meditation training, modeled after traditional monastic forms. The move can be seen as a metaphor for the evolution of Theravada Buddhist practice in the West.