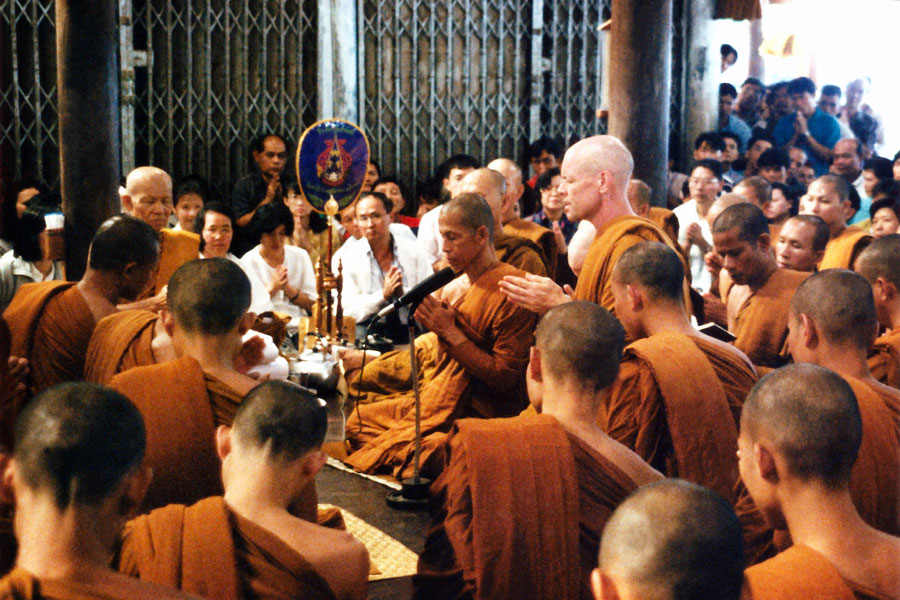 Since the time of the Buddha, monks have retreated into the depths of the forests and mountains, seeking physical isolation to aid them in the development of meditation and realization of the truth of the Buddha’s teaching. Those monks lived a life of simplicity, austerity and diligent effort.

The Buddha himself was born in the forest and enlightened in the forest; he taught in the forest and passed away in the forest. The Buddha frequently dwelt in forests, both during his spiritual quest and after his enlightenment. In the Pāli discourses, the Buddha often instructed his disciples to seek out the seclusion of forest dwellings as the places most conducive to purifying the mind of all defilement. Many of his greatest disciples, such as Venerable Aññā-Kondañña and Venerable Mahā Kassapa, were strict forest dwellers who maintained an austere, renunciant lifestyle. The practices of these early “forest monks” epitomized the Buddha’s teachings and exemplified his path to liberation.

The Forest Tradition revival was an attempt to reach back to past centuries before the modern era and revitalize the ancient standards of Buddhist practice that were missing in contemporary monastic life. A movement emerged in which monks returned to the basics of forest living, moral discipline and meditation in search of the Buddha’s path to enlightenment. The single-minded determination of those forest monks led to the emergence of the present-day forest tradition in northeastern Thailand.

The emergence of the Thai Forest Tradition is associated largely with Ajaan Mun Bhūridatto and his teacher, Ajaan Sao Kantasīlo. Both were the sons of peasant farmers in Thailand’s northeast region. Ajaan Mun was born in the 1870s in Ubon Ratchathani province near the borders of Laos and Cambodia. He trained under the renowned forest monk Ajaan Sao, vigorously practicing meditation, and then turned to a life of ascetic wandering and meditation practice in the vast wilderness that blanketed the northeast region at that time. Ajaan Mun became a great teacher and exemplar of high standards of conduct. Almost all of the accomplished and revered meditation masters of twentieth-century Thailand were his direct disciples.

Ajaan Mun’s life epitomized the Buddhist ideal of the wandering monk intent on renunciation and solitude, walking alone through forests and mountains in search of secluded places that offer body and mind a calm, quiet environment in which to practice meditation for the purpose of transcending all suffering. His was a life lived entirely out of doors at the mercy of the elements and the vagaries of weather. In such an environment, a forest monk developed a deep appreciation of nature. His daily life was full of forests and mountains, rivers and streams, caves, overhanging cliffs, and wild creatures large and small. He moved from place to place by hiking along lonely wilderness trails in remote frontier regions where the population was sparse and village communities far apart. Since his livelihood depended on the alms food he collected from those small settlements, a forest monk never knew where his next meal would come from, or whether he would get any food at all.

The lifestyle of a Buddhist monk is founded on the ideal of life as a homeless wanderer who renounces the world and goes forth from the household, dresses in robes made from discarded cloth, depends on alms for a living and takes the forest as his dwelling place. This ideal of the wandering forest monk intent on the Buddha’s traditional spiritual quest is epitomized by the Thai Forest Tradition way of life.

By the 1950s, this lifestyle had come under constant threat, as the world outside the forest began to exert a significant impact on the wandering tradition of Thai Forest monks. The rapid deforestation of that period caused forest monks to modify, and eventually curtail, their wandering lifestyle. As the geographic environment changed, established teachers like Ajaan Mahā Boowa began establishing permanent monastic communities where forest monks could conveniently carry on Ajaan Mun’s lineage, striving to maintain the virtues of renunciation, strict discipline and intensive meditation. Practicing monks gravitated to these forest monasteries in large numbers and transformed them into great centers of Buddhist practice. At Baan Taad Forest Monastery, Ajaan Mahā Boowa’s monastic community in Udon Thani, a religious center arose spontaneously, created by the students themselves, who came for purely spiritual motives in hopes of receiving instruction from a genuine master. In the years that followed, the many Western monks who came to Ajaan Mahā Boowa were able to share wholeheartedly in this unique religious experience.

The Thai Forest Tradition is the branch of Theravāda Buddhism in Thailand that most faithfully holds to the original monastic code laid down by the Buddha. Theravāda means the Doctrine of the Elders, implying a strict adherence to the Buddha’s original teachings and to his rules for monastic discipline. The forest tradition also emphasizes meditative practice and striving for the realization of enlightenment as the focus of monastic life. Forest monasteries are primarily oriented toward practicing the Buddha’s path of contemplative insight, including living a life of renunciation, strict discipline and meditation in order to fully attain the inner truth and peace taught by the Buddha.

Living a life of austerity allows forest monks to simplify and refine their minds. This refinement allows them to clearly and directly explore the fundamental causes of suffering within their hearts and to inwardly cultivate the path leading toward freedom from suffering, and thus attain supreme happiness. Living frugally and with few possessions fosters in forest monks the joys of an unburdened heart and assists them in subduing and eventually eliminating greed, anger and delusion from their hearts. 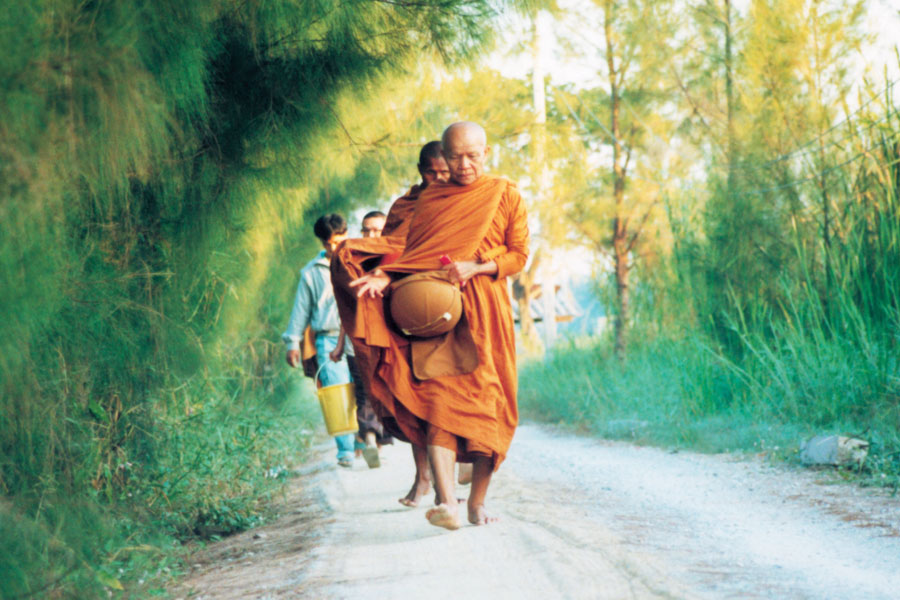